Welcome to Prototype Wiki!
We are currently dismembering over 568 articles, and you can help.
Be warned!! This wiki contains spoilers.
About this wiki • New pages • New files • Active users
Categories • Wiki tutorial (Central wikia) • Help pages 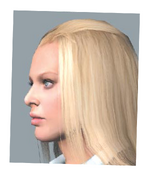 Romantically involved with Alex Mercer along with the study of viral ancestry, Karen Parker worked at Gentek for nearly four and a half years. Karen was aware of Alex's suspicions which led to his attempted escape.

When arrested by Blackwatch, Karen agreed to help them capture Mercer. Parker uses Alex’s memories of her and his fragile emotional state to keep him in check, something which becomes more and more difficult to achieve as time goes on.(Read more…)

Helping out
To write a new article, just enter the article title in the box below. Don't forget to categorize them!


Not sure how to start?

Chat
Got a quick question or just want to say hi?
Join the other Prototypers, in our live chat!

Retrieved from "https://prototype.fandom.com/wiki/Prototype_Wiki?oldid=36350"
Community content is available under CC-BY-SA unless otherwise noted.