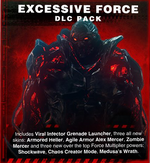 The Excessive Force Pack is a downloadable content for Prototype 2. This DLC became available on May 29, 2012 for $4.99 or 400 Microsoft Points. The DLC is now available for all platforms.

This pack consists of: 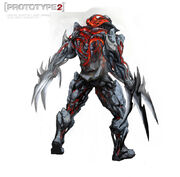 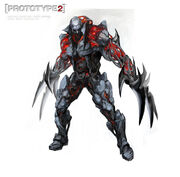 Add an image to this gallery

Retrieved from "https://prototype.fandom.com/wiki/Excessive_Force_Pack?oldid=36517"
Community content is available under CC-BY-SA unless otherwise noted.